To home school legally in Texas, you must follow three requirements set out by the Supreme Court:

There are no testing requirements, and no reporting requirements. If your children are currently in public school, you should submit a letter to the district stating that you plan to withdraw your children for homeschooling. No matter what you are told by the district, you do not have to submit a list of curriculum to them or anyone else. Texas Home Educators is a wonderful group that specializes in serving the Texas homeschool community. Contact them directly if you have any issues, and consider becoming a member; memberships start at only $25 per year. 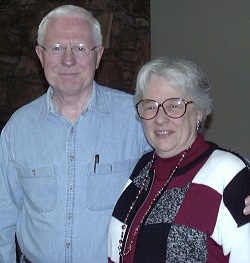 Leeper is our Cornerstone

At the beginning, the legality question was the first question my husband raised when we started in the 1980s. Not how can you do it, what’s involved, or how much will it cost. Our situation at the public school had gotten to the point of shopping for a private school, and then looking into home education.

We started home educating before Leeper was finalized. People we knew were being arrested and threatened with their children being removed from their homes.  Parental arrest for homeschooling was happening all around the country in the 1980s.  Attorney Shelby Sharpe filed Leeper as a class action case in the 17th District Court of Tarrant County and worked on it for almost 10 years before it was settled.

So our first several years were spent keeping up with the progress of this lawsuit and praying for the judges to come to a favorable conclusion.  This case took the longest time ever for a case up to that point to pass through the Appeals Court and the Supreme Court, finally being decide upon on June 9, 1994.  It was a tenous 8 years while this was being decided.

Once the Leeper case was ruled on by the Supreme Court, we have an outline of what are the parameters of home school.

IT IS, THEREFORE, ORDERED, ADJUDGED AND DECREED that a school-age child residing in the State of Texas who is pursuing under the direction of a parent or parents or one standing in parental authority in or through the child’s home in a bona fide (good faith, not a sham or subterfuge) manner a curriculum consisting of books, workbooks, other written materials, including that which appears on an electronic screen of either a computer or video tape monitor, or any combination of the preceding from either (1) of a private or parochial school which exists apart from the child’s home or (2) which has been developed or obtained from any source, said curriculum designed to meet basic education goals of reading, spelling, grammar, mathematics and a study of good citizenship, is in attendance upon a private or parochial school within the meaning of Section 21.033(a)(1) of the Texas Education Code and exempt from the requirements of compulsory attendance at a public school..

Since then the Texas Education Commissioner has sent letters out to the districts outlining the official status of home education. You can read the letter; as I always tell my kids, read the original documents for yourself.

The Home Education exemption is outlined in excerpts from Texas Education Code As Passed by the 76th Texas Legislature, Chapter 25 Subchapter C. – Operation Of Schools and School Attendance, Section 25.086.  Basically, we are considered private schools and so our kids are exempt under section 1, enrolled in a private or parochial school. We are considered to be private schools. 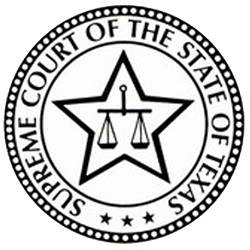 Another great history is written by an attorney.  This white paper gives a history of home schooling in Texas from a legal point of view.

Texas is one of the easiest states in which to home educate your children.  You do not need to register with a school district or a homeschool group to freely homeschool in Texas.  It is suggested that you join a support group for support and to ask the many questions that new homeschoolers have as they enjoy the adventure called “home education.”

I am not a lawyer and the above is given as friendly advice and not legal advice. Please read the laws for yourself. Leeper v. Arlington Indep. School Dist.,  No 1788761-85 Tarrant County Judicial Ct. Apr. 13, 1987.