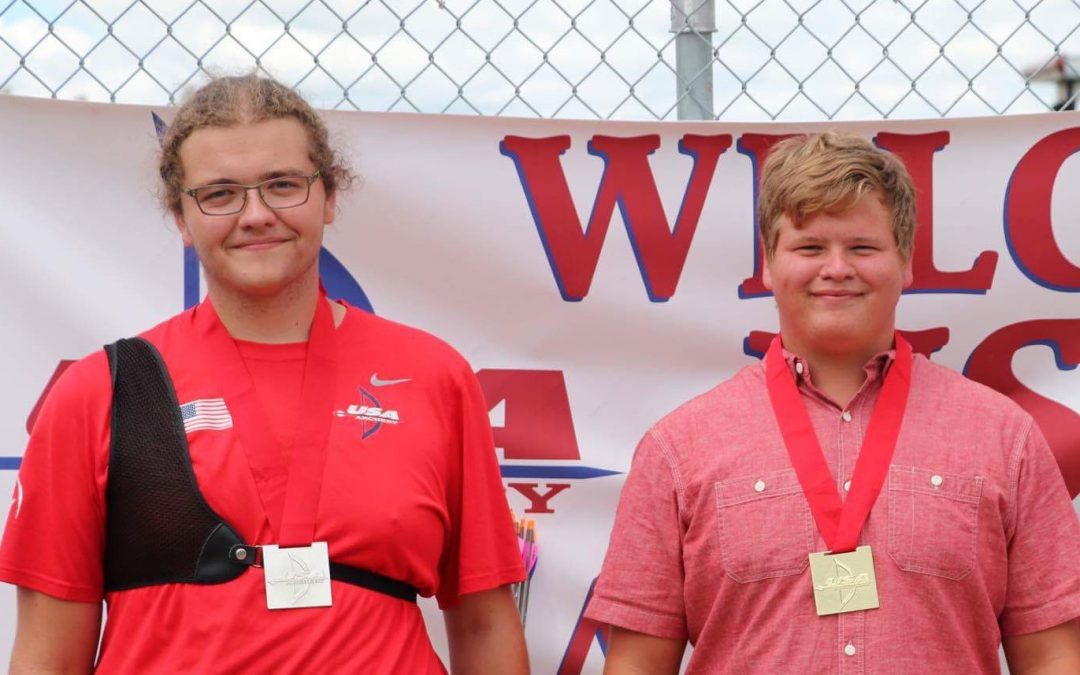 Five members of the Colorado County archery group, T. H. E. JOAD Club, participated in three intense days of the USA Archery National Field Archery competition held July 1-3, 2016 in Yankton, South Dakota. Colorado County 4-H Shooting Sports members Ryland Hartman and Maxwell Hartman of Eagle Lake and Mark Schlaudraff of Columbus, along with 4-H Shooting Sports Coaches Kim and Skip Hartman, traveled to the competition where they competed alongside archers from all over the country including Team USA archers who will be competing in the upcoming Rio Olympics. Schlaudraff and the Hartmans are all homeschool students.

The third day of competition continued with additional marked rounds for the US Team Trials for the World Archery Field Championships (WAFC) held every two years for Barebow, Recurve and Compound Junior and Senior level archers. Ryland Hartman previously qualified for the US Junior Men’s Barebow Team in 2014 and brought home a Bronze medal from the 2014 World competition held in Zagreb, Croatia. Three members of our community qualified for the U. S. World Field Archery Team and will be traveling to compete in Dublin, Ireland later this year. Mark Schlaudraff and Ryland Hartman are two of the three members of Team USA’s Barebow Junior Men’s Team. Ryland’s mother, Kim Hartman, will be joining the two other members of the Senior Women’s Barebow Team.

The trio, along with other members of T. H. E. JOAD Club, are coached by former Olympian John Magera and Michael Hollman, both of Colorado County. Because the World Archery Field Championships are a self- funded event, fundraising efforts for the trio will be getting underway soon.