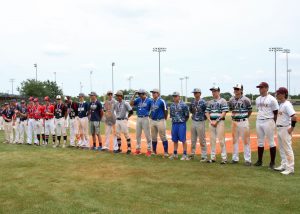 The All-American players of the Second and Third Divisions.

The World Series has come to an end. It’s always a bittersweet moment for the players when the awards ceremonies are held after all the games have been played; it is especially emotional for the departing seniors. This year the ceremonies were tinged with a bit of disappointment for all of the Texas teams for failing to rank as high as they had hoped. 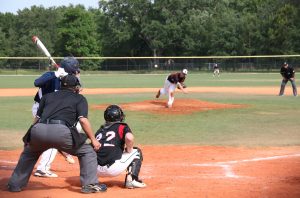 The Mustangs in the field against the Barons. 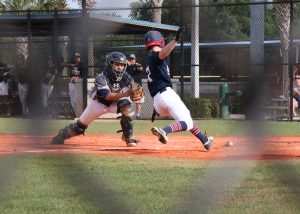 The Eagles tag the runner out at home on a throw from the outfield.

The Houston HCYA Eagles lost to the St. Louis Patriots 4-3, placing them in 14th. The Eagles lose only two seniors this year: John Merkle (All-American) and Cody Nguyen.

The Tulsa Jaguars crushed the Raleigh Warriors 13-3 in the Championship game.

Unlike teams from many other states, this tournament marks the end of the Spring 2016 season for most of the Texas teams.  They will hit the off-season with the goal of making 2017 their year at the Homeschool World Series!